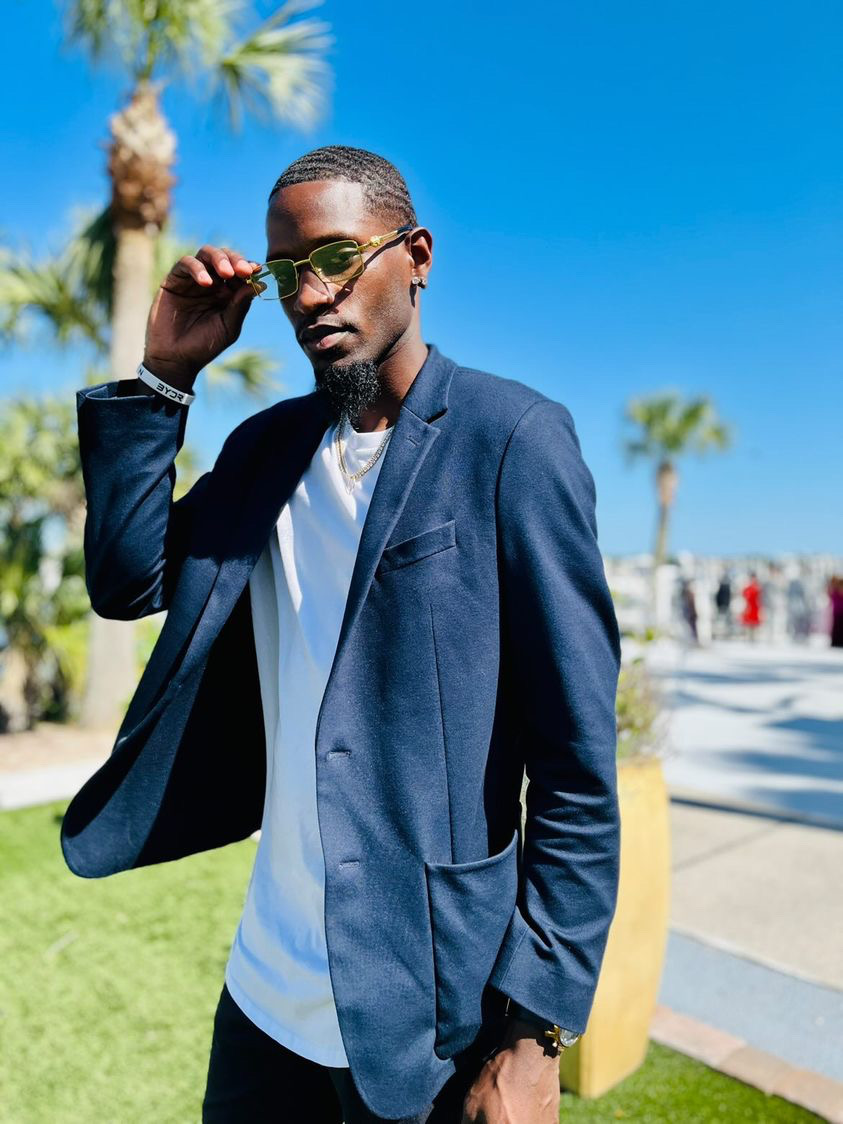 My name is Corion “Zeus” Knight. I’m from Tallahassee, Florida. I got the nickname “Zeus” in high school. I was a basketball, football, and trackstar. The name came from being a high jumper. One track meet I had terrible form and the newspaper was there, and they took a picture of me in the air, it looked like I was sitting on the clouds. Ever since then the name stuck. I think I lived up to it pretty well. I went to Florida Memorial University, and then transferred to Florida State University. I won a few All-American titles, a few conference titles, and a few National Championships, etched my name a few times in both schools history books. So it’s safe to say the name wasn’t wasted on me.

As far as comedy goes I’ve always been into comedy, its always been my thing. Starting at the high school lunch table. When it came to roasting, I used to slide all day. Personally I think I can go toe-to-toe with anybody. I’ve been making funny videos since 2014, I just never posted them on my socials. I used to post a few on Ig/Facebook here and there but never consistently. I mainly posted them on Snapchat back when that was poppin’. But I just couldn’t get consistent with it to save my life, also my life at the time revolving around sports. I’ve always had jokes for days, and a crazy eye for seeing the bigger picture.

Now we’re working on staying consistent and going in full time. It was crazy how it all happened, because I got consistent for like a month with posting videos, and staying active on my social media. And then out of nowhere Instagram was like “Check your insight, we’ll start paying you for your reels.” It said a lot more than that but I only caught “Insight” “pay” and “reels” and that was all I needed to hear. But in the midst of all of that I thought why not do this and do it all the way. Things just started moving. Now I have my own podcast/web show called “The Lvsh Zeus Show”. I have a special guest every show. And on the show we have interviews, play improv comedy games, and we end each show with a Fear Factor moment for the loser. My journey with comedy so far has been great, I just had to stop sleeping on myself. This show is going to be big.

Stay Connected With Zeus Knight Down Below!