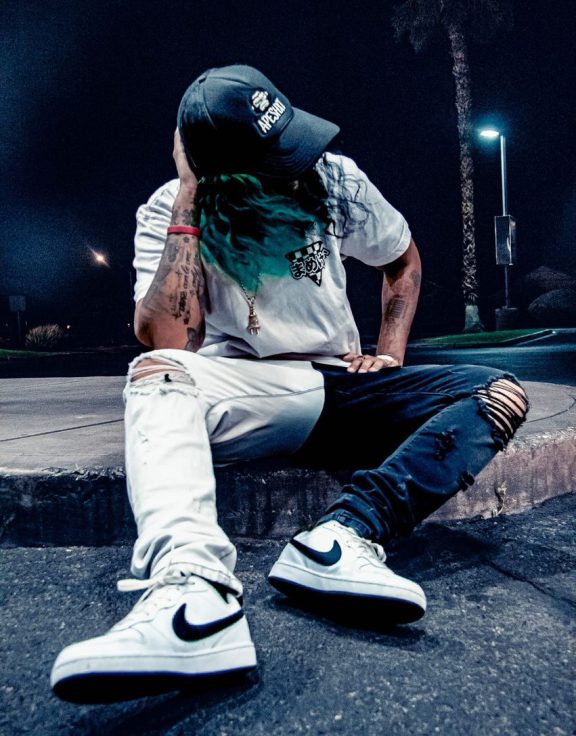 Damire Garcia, publicly known as DAmire MAjor is a female Latin artist on the rise. Coming all the way from Puerto Rico, MAjor brings a unique sound to the table.

At the young age of 8 she was moved back to the states and forced to learn English after only knowing Spanish. It is clearher foundation has helped build her versatility.

Las Vegas is now MAjor’s home base, and it is inevitable that she is taking over the city.

As an artist, MAjor is a songwriter at heart, singer by soul, dancer by trait, and possesses the extra skill of a guitarist, whom she would identify as her “right hand man..”

DAmire would best classify as a Latin/Trap artist with Salsa roots, who incorporates Latin/African rhythms which are now being brought to the American Urban Culture. MAjor’s vocal sound holds different pitches: her main pitch being alto, with the ability to do soprano, vibrato, and falsettos whichshe particularly loves.

Since the start of her career. MAjor has grown tremendously, and it is only the beginning. Her audience and fans began to form as she performed at local shows consisting of small quiet crowds, and an entirely acoustic set. Now she has moved on to larger stages, larger crowds, andan audience who feels her presence and chants her lyrics. The adrenaline felt pushes DAmire to deliver the best performance possible.

Each show she includes different elements, with the main element always being “surprise.” The goal is to stand apart from artists already in the gäme. If MAjor has not seen someone else produce an idea, it is guaranteed she will do it.

Unrehearsed singing, acapella. choreography anything it takes to bring the “WOW” factor to a show Undoubtedly, after watching DAmire MAjor perform, you will find yourself intrigued.

Recently MAjor released a single. “Rapido” from her album on the way which is available on all music platforms, it is only up from-here•Relisalo