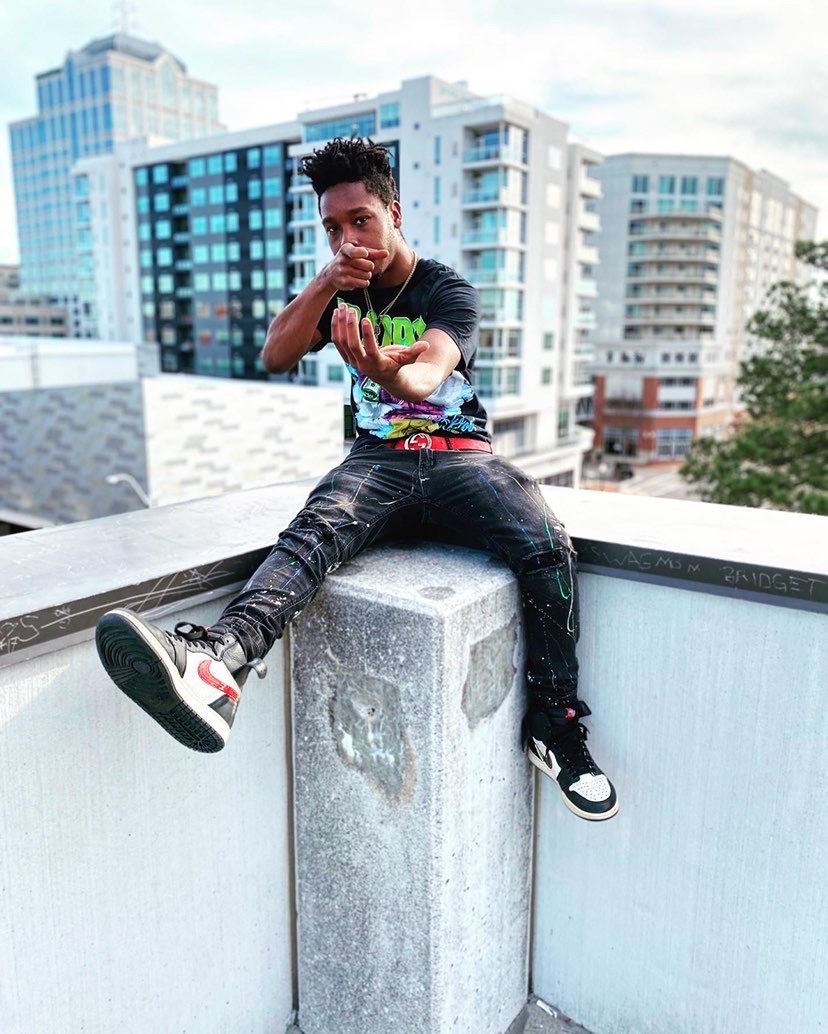 JayyGad is an upcoming artist outta Cumberland,Va he has dropped 11 singles Along side his first EP on His Mothers Birthday which is 2 days before his on March 8th of 2022, and He dropped his First Music Video ever On His birthday March 10th of 2022 With the Track Named “Speakin Factz”! A straight banger coming into the rap game giving a different vibe, feel, and energy to the industry JayyGad also has a couple of dope features of some tracks his story telling and work explaining in his lyrics gets better and better each song he has a lot of potential to go far and be great has earned him many loyal listeners already with over 20,000 streams is a great start off! he plans to go far with his career, he told us be on the look out for a summer full of hits and club bangers while planning to start his own brand named “OneINDAHeadENT”!!.

Struggling growing up helping ma on bills at 17 & and losing two homies in the streets LLWU & LLCHUGG.

I feel like Speakin Factz was my favorite song for my first freestyle and everything I spoke about is true.

And I would want to collab with my big brother from Trenton New Jersey
Rek Banga and hopefully one day Yung Mal.