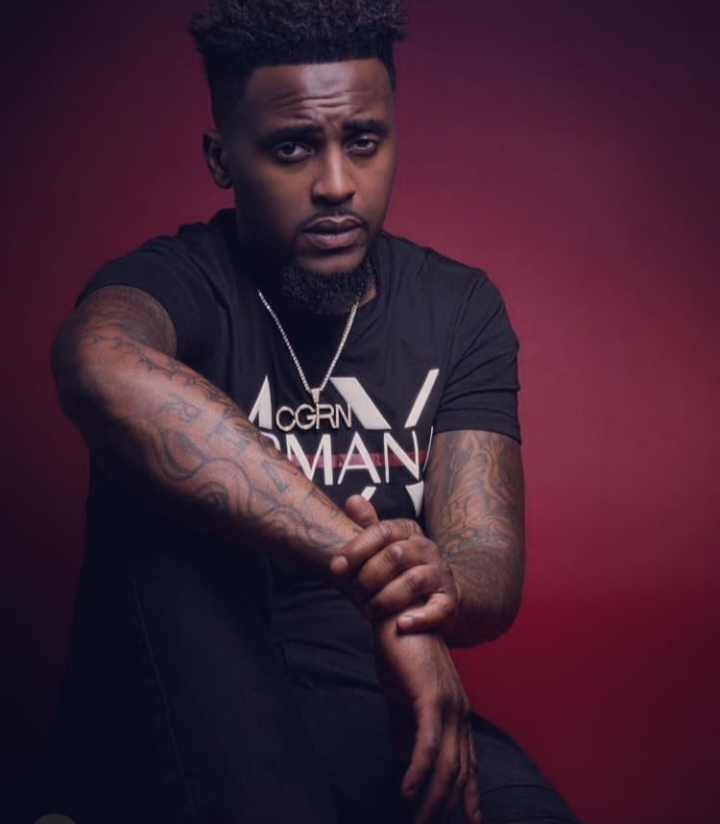 Struggle has been the cornerstone of the foundation of hip-hop since it’s birth in the early 70’s. Starting from nothing and becoming something became the focal point of the culture. Overcoming adversity became the objective. And when it comes to overcoming adversity… Swift Cartier is a scholar.

His musical influence came at an early age from his father, a drummer on the gospel circuit and mother, a vocalist in the choir in a small town southern church. After relocating from South Florida to the Eastside of Atlanta during high school, Swift followed in the footsteps of his pop’s and joined the drum line. But his focus on music would eventually fade.

Unexpectedly, the move to Atlanta would serve as a culture shock. The prominence of Black people along with Black wealth was evident, and way different from South Florida where Hispanics held that edge. Swift’s focus would soon change from music to seeking ways to overcome the poverty he was used to, and accumulate this wealth that so many Black people in Atlanta seemed to enjoy. However, the road to riches he traveled would eventually lead him to prison as a teen, where he would spend over a decade in State Prison.

The state penitentiary is also referred to as the “Chain Gang” in reference to the days in the South where prisoners would be chained together in stripes and forced to perform hard labor. Swift would spend all of his 20’s in the Chain Gang. Drugs, drug smuggling, and contraband would eventually become an epidemic for prison systems all across the country. Prices behind the wall are 5x and sometimes 10x higher than market price. For example, a $6 pack of cigarettes could cost $500 and a $50 cell phone could cost $5,000. Chain Gang is where Swift learned to hustle. He made $25,000 in one month.

While serving his prison sentence, he would be transferred to over 10 State Prison for disciplinary reason. Some disciplinary reports ranged from assault, inciting a riot, and sexual contact with staff. He would finally max out his sentence in April 2016.

Finally home, Swift would link with Kenny Man, a fellow ex-con who was released from the same prison 2 months earlier after serving a 12 year sentence. The two would become inseparable. It was during one of Kenny Man’s late night studio sessions when Swift’s passion for music was reignited. They both agreed that the industry lacked authenticity. It’s not uncommon for rappers to rap about other people’s lives. But what made them authentic was the fact that they really lived the life they spoke of. And when sh*t hit the fan, they did their time and came home.

Together they formed Chain Gang Rich Nation (CGRN). With over 25 years of incarceration between the two, buzz begin to generate in the underground club scene and many began to wonder about these two ex-cons recently released from prison. Collaborations with Ralo, Derez Deshon, YFN Lucci, TK Kravitz, and the late rapper Trouble gave CGRN industry co-signs. After 3 promotional tours with legendary hip-hop icon Bigga Rankin and a show stealing set at SXSW in Texas, Chain Gang Rich became a household name in Atlanta.

Swift Cartier’s debut album “Heart of the East” would go on to drop on all platforms January 1, 2021. Features would include CGRN Kenny Man, Derez Deshon, VL Deck, Money Mu, and Oren Major to name a few. Surprisingly to most, the project was received with great reviews. And to further publicity, CGRN went viral on social media when they arrived to a show via helicopter, and landed in the club parking lot at Cosmopolitan Premier Lounge on Glenwood Rd. in Decatur, an area known for its crime and violence. The buzz in the streets was at an all time high. The lead single off the album, “Cartier” featuring CGRN Kenny Man did 80k views on Youtube. Club promoters from Georgia, Florida, North Carolina, and Alabama be came calling. Unfortunately, before being able to capitalize, Swift would be arrested just a few weeks after his debut release. He would later be sentenced to 2 years.

Now with a clean slate and a point to prove, Swift is set to be released in early 2023. Plans to drop a deluxe version of his debut album are currently in the works. Swift also has teamed up with Ghetto Global Productions to produce a documentary detailing his incarceration experience, as well as his release. If you’re still not up-to-date, just search Swift Cartier on Google, Spotify, YouTube, Apple Music and most other platforms. Due to complications with Instagram, Swift had to start a new page but you can follow his artist page @only1cgrn.