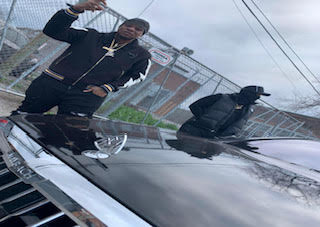 Toronto artist Xheffie has recently collaborated with fellow Toronto-native DBx2 for the
“NONSTOP” music video – Xheffie’s latest single directed by TK Productions and Anthony La
Rose Films. Xheffie’s hard working, ‘Nonstop’ nature is illustrated through his relentless work
ethic in the video, which reflects his life as a hustler.

Xheffie, one of Toronto’s most innovative lyricists, creates colourful imagery in a fresh,
modern style. On every track, Xheffie draws inspiration from a variety of classic hip-hop artists
and his versatility is more noticeable as he releases more.
In this song, Dbx2 matches Xheffie’s intensity, and they trade verses extremely well.

Xheffie has worked with significant Toronto names like Blacka Da Don, Pilla B, and
Heartless G; and has earned a large amount of attention. Xheffie’s music is narrative in nature,
which makes him popular with both listeners and industry personnel. ‘Since 15’ and ‘Kolder,’ for
example, are thrilling and absorbing tracks that take the listener on a journey. Due to Xheffie’s
six mixtapes and his fans’ knowledge that he has a tale to tell and is seeking to become a
globally famous artist, his fans have come to comprehend that he has a narrative to tell. Stay tuned here at Lyrical X Magazine for more!