Glxtchxn, the industry’s latest trailblazing talent, is preparing to take over in 2023! In fact, Glxtchxn brings the vibes with back to back bangers. In doing so, the rising rhymer followed up his 2021 popular project, Just Some Songs with his enthralling L2/MXs EP! Laced with 5 sizzling singles, Glxtchxn stacked streams across all streaming services.

When his rhymes were recognized in junior high school, this rising rhymer got his start in rapping. His first record, in fact, was a diss track directed at a fellow classmate that received over 1000 plays in two days before being deleted. Glxtchxn didn’t rap again until his freshman year of college, when he collaborated with two freestyle rappers named Chvlice and McLovin after the short-lived hype surrounding the improvised hit.

As a result, he spent a year freestyling with them before enrolling in his second college and collaborating with an artist known as New Gen Nas at the time. Many people are unaware that New Gen Nas inspired Glxtchxn by supporting his drive and belief. Glxtchxn worked on three hot singles in 2019: “Frieza,” “Noseblxxd P1,” and “Need The One,” all while constantly honing his craft. His debut release “Frieza” alongside “Noseblxxd P1” in April 2019 served as the trendy talent’s initial introduction.

In addition, he released “Need the One,” which was the first song to be available on all streaming platforms. Glxtchxn stayed relevant by releasing songs like “Jxst Business” and “Pity The Fool” throughout the rest of that year and into 2020. In fact, the pandemic limited his collaboration with other artists in 2020, making it his most difficult year. However, it also assisted him in learning more about his creative process.

Not letting the lockdown limit his artistry, Glxtchxn dropped two trendy tracks titled, “Noseblxxd P2” and “Gelato”. These records were made possible by a producer named Novad and an engineer named T Mane. Glxtchxn experienced a mild depression in the run-up to 2021, but his creative process remained intact. He released a song called “Better” in March 2021. This record assisted him in determining the direction he wanted to take in his musical career. Glxtchxn spent the rest of 2021 delving deeper into musical madness before beginning production on his debut album, Man On a Mission.

When he released his 2021 EP Just Some Songs, Glxtchxn officially defined his musical genre as Lyrical Trap. Novad created every single beat on that EP. As a side note, he defined his genre of Lyrical Trap because he wanted to delve into the genres of Lyrical Trap and merge the two. Artists such as Nas, Kendrick Lamar, KRS One, Wu-Tang Clan, and Mac Miller. As well as Cordae, XXXTENTACION, Ski Mask The Slump God, Tyler The Creator, and Juice WRLD influenced this genre greatly. In addition, he has worked with artists such as Naxxir, DTrxll, YungBatz, L0key Famous, JesusBlessedIt, DK, UHL!AH, Mike Can Dream, Sa!nt, and other members of Y.O.

Keeping up the momentum while remaining the Man On A Mission, Glxtchxn is showing and proving why he’s the industry’s next up! For now, press play on his most recent release, “DSR” while we anxiously await for his highly anticipated Man On A Mission album. Lastly, let us know what you think here at Lyrical X Magazine!

CONNECT WITH GLXTCHXN ON SOCIAL MEDIA:

Get To Know Music Artist Floridamadeyg 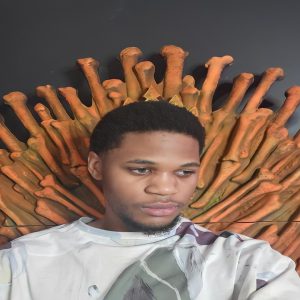 Get To Know Music Artist Marriatii

September 10, 2022
From a businessman to the Bollywood world, Othman AI Olama 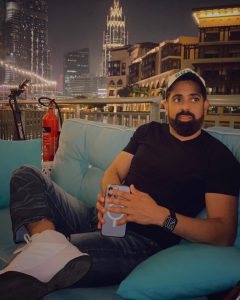 From a businessman to the Bollywood world, Othman AI Olama